Which Teams Can Qualify IPL 2020 Playoffs? (Most Probable Top 4) 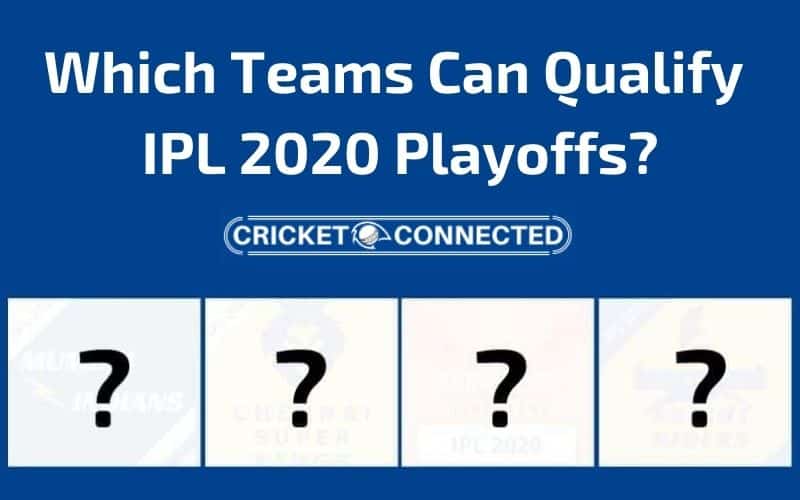 The eminent T20 league is about to start and our curiosity is on the peak that in this season which teams can qualify IPL 2020 playoffs. Well, all the team are preparing at their best but the rule is that only four best teams can be qualified for the playoffs according to their points in the IPL 2020 points table.

Teams Who Can Qualify IPL 2020 Playoffs

The teams who can jump into the playoffs are enlisted below: 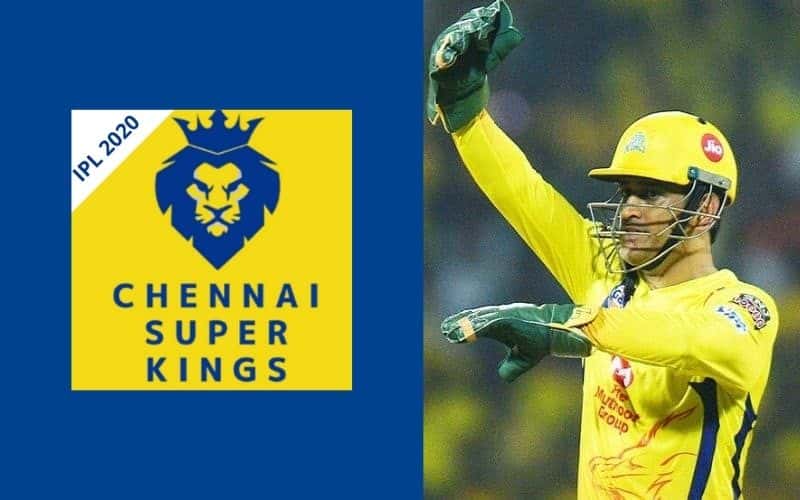 There will no surprise in seeing the YELLOW ARMY in IPL 2020 playoffs. Chennai Super Kings have lifted the IPL trophy thrice and holds the record of qualifying in all the seasons of the Indian Premier League. CSK has also won CLT20 two times in 2010 and 2014. In the Captaincy of MS Dhoni, the team becomes more powerful as in ten appearances, the Chennai Super Kings team has been in eight IPL finals, three titles, and five-times runner up. Having the win percentage of 61.28%.CSK also attains excellency in UAE by winning four matches out of five.

Top Chennai Super Kings Players Who Can Bring CSK into the Playoffs:

Faf du Plessis, Watson, Raina and Dhoni have pleasingly batted in previous editions and becomes the strong lineup for the team.

Ravindra Jadeja and Dwayne Bravo, both of them are prominent all-rounders and the backbone of the team, and the new inclusion of young promising all-rounder Sam Curran will be as a backup allrounder option for CSK.

Deepak Chahar has done well in the previous season although Piyush Chawla can be beneficial as UAE pitches are for spinners. His experience can help the team.

While the spin bowlers will be in demand as the pitches of UAE grounds are likely to help spin bowlers, so Imran Tahir can be again the most wicket-taking bowler for CSK. Imran Tahir was the purple cap winner in the last IPL season. 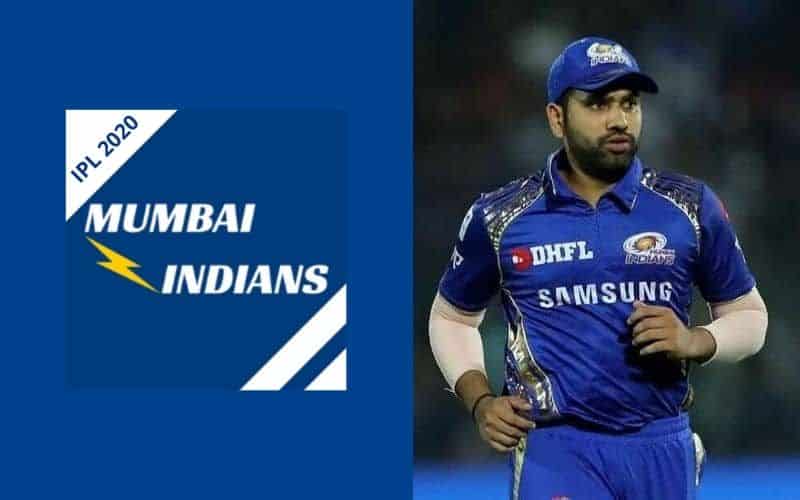 RO-HIT SHARMA Gang, four times Champions of IPL ( in 2013, 2015, 2017, 2019) and two times CLT winner is one of the most dangerous and most successful teams in IPL history. “Duniya Hila Denge hum” slogan fits them as they are the tough contenders among all teams.

An interesting thing is that they are winning the IPL as an arithmetic series and according to this prediction says there are fewer chances for becoming champions this year, meanwhile jokes apart Mumbai Indians can qualify to playoffs and will give burly competition to all the teams.

An interesting thing is that Sreesanth has predicted that Mumbai Indians will win the title this year. Although the point to be noted is that they haven’t won any match in UAE in IPL 2014 and defiantly they want to change this in this season.

Top Mumbai Indians Players Who Can Bring MI into the Playoffs:

All the batsmen are really well and have the capability to score or chase high scores.

When it comes to IPL all-rounders, Pollard and Pandya Brothers are at the top and their contribution towards Mumbai Indians is really immiscible.

Rahul Chahar is a fine spin bowler and he can perform best on UAE spin tracks. He gave a decent performance for Mumbai Indians in the last IPL season and expecting best from him in this IPL season.

Both the Yorker kings (Bumrah and Malinga) will be back on the ground and MI fans are eagerly waiting for their spell. Trent Boult with his swing and pace can also be the best pace bowling attack backup and choice for Mumbai Indians. 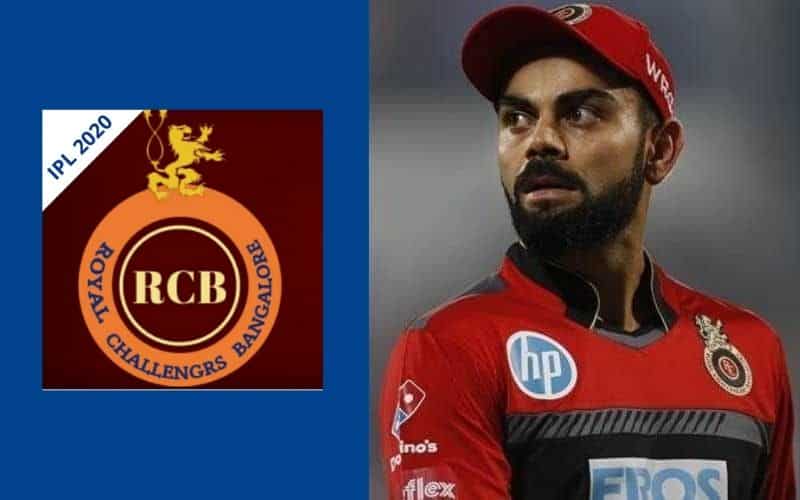 There is the surprise for all to predict Royal Challengers Bangalore in playoffs but this year will not be as same before for RCB and RCB fans. They haven’t won any IPL season yet but preparing well to diminish all the previous failures. In the captaincy of Virat Kohli, RCB has very bright chances of qualifying this year in playoffs.

All the eyes will be on a trio of Finch, De Villiers and Kohli which will take care of scoring the board and this year they have two best foreign fast bowlers and two experienced Indian fast bowlers, Chahal and Washington spin attack on UAE pitches will give strength to their team as we have seen in previous seasons lack of bowling attack RCB have lost many matches.

While when we see the staff, we have Mike Hesson as Director of Cricket Operations, Simon Katich as head Coach, Adam Griffith as Bowling Coach, and batting and spin bowling coach are Sridharan Sriram.

Top Royal Challengers Bangalore Players Who Can Bring RCB into the Playoffs:

Now in form, Aaron Finch will give company to AB de Villiers and Virat Kohli making their batting order strong.

Chris Morris is one of the most experienced allrounders of IPL and Shivam Dube, a young rising star is very dangerous with his batting and wicket talking bowling.

Chahal and Navdeep have performed nicely in previous editions and experience of Steyn will help a lot. 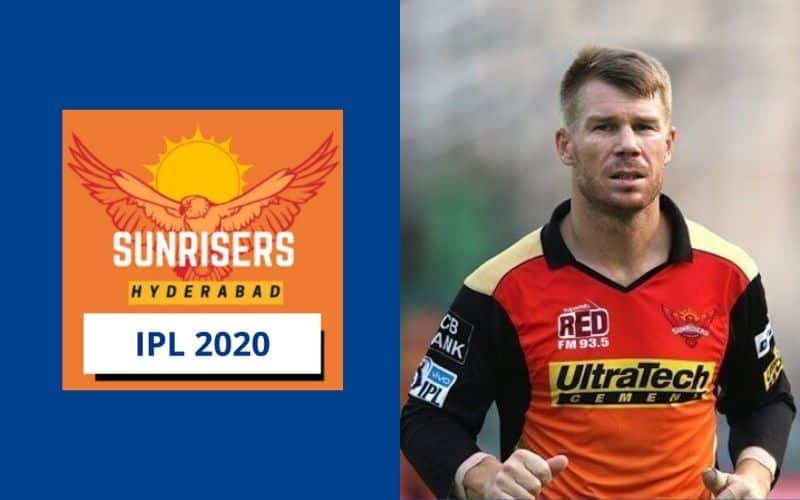 The champions of 2016, Sunriers Hyderabad team is also the tough contender, as this team is considered to have the best bowling attack and top-order batsmen. Also, David Warner comes back as captaincy will also boost SRH confidence as in the captaincy of David Warner, SRH is already one time champion of IPL.

This team has three times Orange Cap winner David Warner and leading wicket-taker Bhuvneshwar Kumar and in the last four years, they are coming in playoffs. SRH with the best spin attack and top-order batsmen will be tremendous on the grounds of UAE and their players will likely love it.

Top Sunrisers Hyderabad Players Who Can Bring SRH into the Playoffs:

I think this batting order will sweat the opponent bowlers and it will very difficult to break this lineup, SRH has one of the strongest top batting orders in IPL 2020.

SRH has a good set of all-rounders as well. Vijay Shankar, Mohammad Nabi, and Mitchell Marsh have a lot of experience.

So these are the teams who can qualify the IPL 2020 playoffs and what are your opinions?