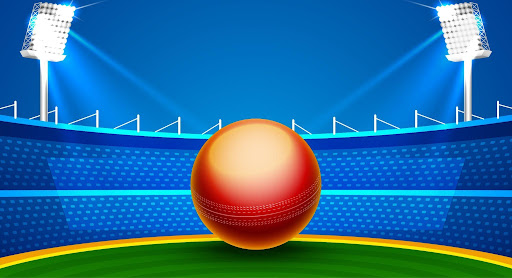 Indian Premier League or IPL is a highly sought-after and popular tournament in India. The Twenty20 cricket league is contested by eight teams from eight different cities in the country. The teams consist of Indian and International cricketers, and they’re selected via auctions or bids. But as a cricket lover yourself, you already know this.

The pandemic had dampened IPL plans for fans who were eagerly waiting to watch the tournament’s magic unfurl in front of their eyes. Even though the first leg of IPL 14 started with a bang in India, the BCCI was forced to suspend the tournament mid-way amidst a rising number of coronavirus cases within the bio bubbles. But a glimmer of hope was shone when BCCI announced the remaining matches in the UAE, and currently, the UAE leg of IPL 2021 is ongoing.

Initially, the teams played in an empty stadium, but recently matches are being played with limited seating available for the fans.

What about you? What about all the cricket lovers who are stuck in India, unable to watch their favorite players perform? The best option to join in the fun of IPL 2021 is by downloading the fantasy IPL app. With the app on your PC or mobile, you can bring the fanfare of the tournament to your fingertips.

If you need more reasons, take a look below at why cricket enthusiasts love IPL cricket online.

● An opportunity to be part of the biggest cricket league

IPL started in India, but the T20 league quickly became a huge sensation across the globe. Several countries have even copied certain aspects of IPL to create their cricket leagues like the Bangladesh Premier League, Pakistan Super League, etc.
IPL attracts everyone, from cricket enthusiasts to businessmen and celebrities. As everyone cannot play the tournament or even witness it from the stadium, fantasy cricket apps offer an opportunity to become a part of the league virtually. You can play IPL fantasy cricket online and showcase your knowledge and skills in the game.

IPL is a cricket league played with Indian as well as International players. So, when you play online fantasy IPL, you get to select your favorite cricket players from across the globe. However, exercise caution when creating your fantasy IPL team and only proceed after you’ve gathered enough information regarding the players. For instance, keep track of the team squad and replacements of your favorite IPL teams and pick players based on their performance. The player’s performance on the ground must be impressive for you to collect points in IPL online.

When you play IPL fantasy cricket, you can keep yourself engaged and play continuous matches. For instance, you can sign up for the ongoing game, and once that’s over, you can prepare for the upcoming matches. You have to study the pitch, weather conditions, how players perform, and if any player is dropped from the squad due to injury or poor performance.

● Constant chances of improving your knowledge of the game

IPL fantasy cricket is specifically designed and created based on in-depth knowledge about the rules of the T20 cricket league. Even though you are playing the tournament online, the only way to score points is to implement your cricketing skills and deep understanding of the game. Fantasy cricket teams have to be created after deep assessments of the strengths and weaknesses of each player. You must be aware of the players’ past performances, along with how he has been performing during the current league if he has an injury and so on. Cricket lovers find it thrilling and exciting to be able to utilize their knowledge of the game.

How can you play IPL cricket online?

Become a part of the IPL frenzy by downloading the fantasy cricket app. After that, you have to register and create an account. Now that the hard part is over, the next steps are easy.

● Search for matches and select either an ongoing match or an upcoming IPL match.

● Create your fantasy cricket team by choosing players who are currently part of the IPL 2021 squad. Ensure your virtual team consists of all-rounders, batters, bowlers, and a wicket-keeper. Also, don’t stop at creating a single team. If you want to see yourself on top of the score leaderboard, go ahead and create multiple teams with a combination of players. Multiple IPL fantasy teams augment your chances of scoring points and beating other players. Then, carefully choose the Captain and Vice-captain of your team to change the course of the match. The Captain carries 2x points, and the Vice-captain has 1.5x points. So, even if one or two players in your team fail to perform, but your Captain and Vice-captain performs, you stand to gain many points.

The fantasy cricket apps are elevating the fun of IPL, especially when cricket lovers are deprived of the adrenaline rush of sitting in stadiums. The IPL cricket online applications come with an intuitive interface and interactive features, turning everyone toward IPL matches, even the cricket non-enthusiasts.

Fantasy cricket has evolved into the apt medium for cricket lovers to monitor and experience their much-loved game closely. They’re using their skills and knowledge to devise a fantasy cricket team and score points. Furthermore, players get a chance to interact with other cricket fanatics on the platform and make friends.

So, if you still haven’t started playing IPL cricket online, it is high time you do. Don’t miss out on the chance of bringing the magic of IPL to your couch.