Virat Kohli Runs in IPL 2022 and in All IPL Seasons 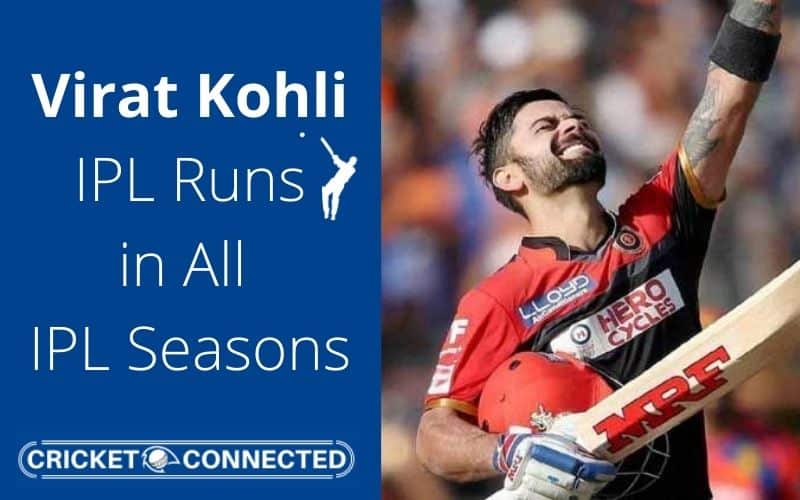 Virat Kohli is a top-order batsman for Royal Challengers Bangalore team and he is one of the best batsmen in the Indian Premier League. In this post, you will Know Virat Kohli runs in IPL 2022 and in all IPL seasons.

Virat Kohli IPL career started from the RCB team in the inaugural edition IPL 2008 and he is the leading run-scorer with the most runs in IPL history.

Known as the run machine, Kohli became captain of RCB in 2013, and over the recent years, he has consistently performed with his bat in all IPL editions.

He won the Orange cap in IPL 2016 with 973 runs, which still remains as the highest runs scored in a single season of IPL history. He also won the most sixes award and was selected as the Most Valuable Player in IPL 2016.

Virat Kohli is currently on the 24th position in IPL 2022 Orange Cap holders list with 53 Runs.

The table contains the list of total runs scored by Virat Kohli in every season of Indian Premier League: