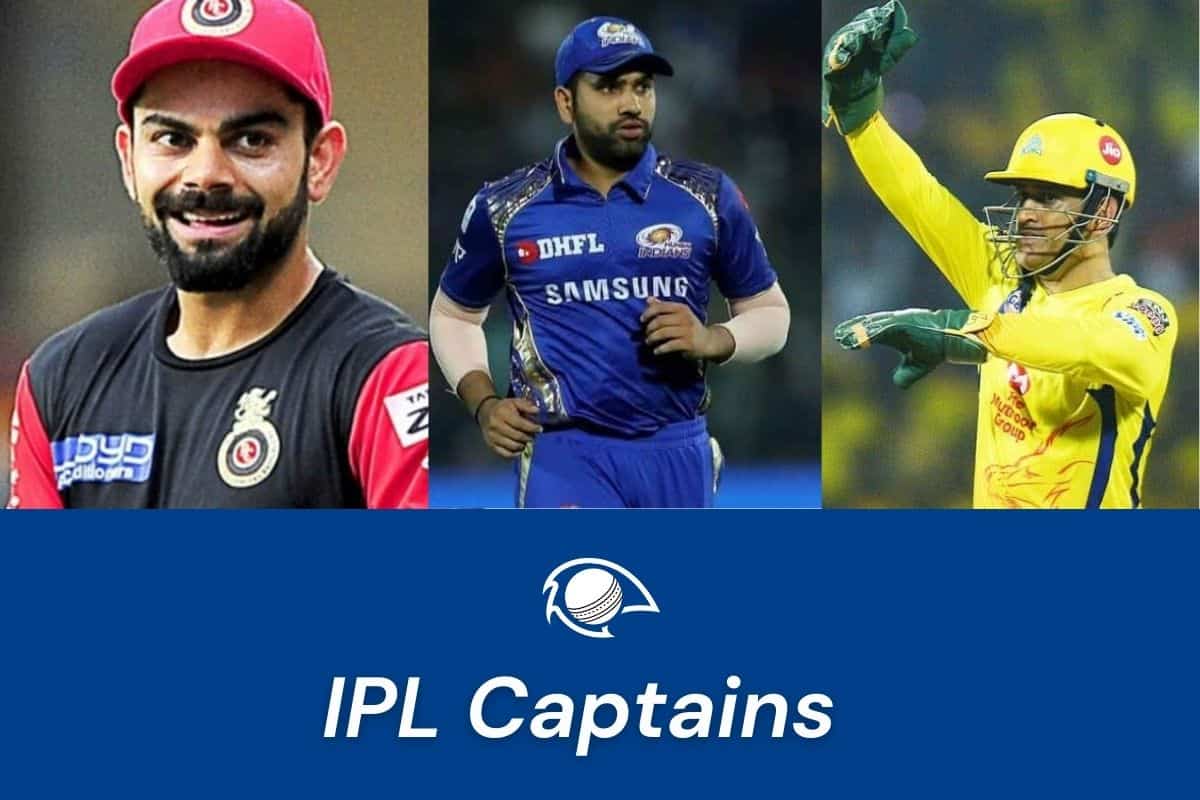 Indian Premier League season 14 edition started from 9th April and all IPL teams 2021 players list already announced. But lots of IPL fans and each IPL team supporters want to know who are the captains of all IPL teams in the IPL 2021 season 14. And today in this article we will discuss it and also tell you about IPL 2021 captains who will lead each team.

Each IPL team has announced its team captain and we will share here the names, their captaincy performance, records as captain, etc.

IPL 2021 Captains of All Teams

Here is the list of all IPL 2021 captains of all teams:

MS Dhoni is the captain of CSK in IPL 2021. Yes captain cool MS Dhoni will again lead his team Chennai Super Kings in IPL Season 14. He is one of the most successful captains of the Indian Premier League and no one else can replace Dhoni as captain in CSK.

We all know MS Dhoni makes CSK one of the strongest teams of IPL from his captaincy and leading ability, he is also one of the successful captains of India’s International cricket team.

DC team announced this year their new captain as Rishabh Pant because Shreyas Iyer is not available in this season due to his injury.

He is also the youngest captain of IPL 2021 but his calm nature great and leadership attitude will bring Delhi Capitals to the road of success in IPL 2021.

KKR tried Eoin Morgan as captain in IPL 2020 last few matches and he impressed with his captaincy so he will continue to lead KKR in IPL 2021 as well.

Eoin Morgan is the captain of team England in International T20 and ODI format. He is a World Cup winning captain of year 2019 and so we can not doubt his captaincy skills.

Rohit Sharma is the captain of Mumbai Indians in IPL 2021, the most successful IPL captain who won his team four times the IPL trophy, will MI can ever get captain like Rohit Sharma in the future? He is the best when it comes to captaining in T20 cricket and the MI team will always want to choose their captain as Rohit Sharma.

Rohit Sharma captained Mumbai Indians for 7 IPL seasons from the year 2013 to 2019 and 7 out of 4 seasons he won for his team that shows his incredible performance Mumbai Indians captain.

Virat Kohli is the captain of RCB in IPL 2021. RCB has trust on their captain and Virat Kohli will again lead RCB in IPL Season 14.

RCB’s performance in last IPL season is very disappointing, in the last season they didn’t even make their way in playoffs and everyone talk about Virat Kohli’s captaincy after it.

But what I say is its not his captaincy that RCB showing poor performance in Indian Premier League, as you can see Virat Kohli is also leading Indian International cricket team and in recent times he has won big series for team India and now he became one of successful Indian team captain.

Not only your captain but It’s also your team and all coaches, who make you win a match and whole tournament, alone captain can’t win you the tournament.  A captain can only guide his team in the right direction.

I think it’s all about the RCB team combination in which they are lack somewhere, they need to focus on this in IPL 2021. There is no doubt about Virat’s captaincy.

Rajasthan Royals team has released Steven Smith from their squad and they announced their new captain as Sanju Samson. Samson is part of RR team from very long time and now he will lead the team as well.

David Warner is the captain of SRH in IPL 2021. But in mid season SRH announced Kane Williamson as their captain due to poor performance of SRH in 1st half of IPL 2021.

SRH won the IPL 2016 season in the captaincy of David Warner.

The team changes their name to Kings XI Punjab to Punjab Kings (PBKS) but they didn’t change their captain. So in IPL 2021 KL Rahul will again lead the PBKS team.

Last IPL season 13 KL Rahul was announced as PBKS new captain and under his leadership PBKS made 6th position in IPL points table. Although he didn’t disappointed with his captaincy and he was also the most run scorer in IPL 2020.